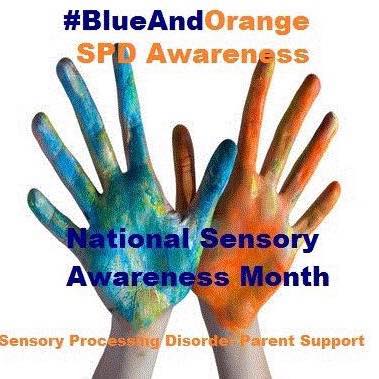 Swimming is what finally led us to our SPD diagnosis. My youngest has ALWAYS had problems with water. Every summer our attempts to help her learn to swim ourselves were a complete failure. We finally enrolled her in a “learn to swim” summer camp at the YMCA, which got her over the hump, and she could then at least swim well enough to not drown.

I was excited when both girls chose swimming as their fall sports activity. They used to do dance, but wanted to try something new. After experimenting with several summer camps, they both fell in love with swimming.

What actually happened though was my youngest WANTED to do swim lessons and  really enjoyed them, but absolutely refused to put her head in the water properly and do the breathing properly, etc. Which meant the Y would not “promote” her from the beginner class. She was upset about this because she did the stroke part very well, and her big sister was accepted to the swim team.

She would say “I can’t” and shut down (and was seen as stubborn or defiant by first swim teacher, which is why we switched instructors). Thinking that perhaps my youngest didn’t understand the instructions was what let me to Google searching and to SPD in the first place. I had to take that info to our pediatrician myself and demand help, before we got referred to an OT for an evaluation. No one else caught it for us. (Listen to your gut, parents! Don’t let people brush off your concerns!!)

I had tried games like going under to pick rings off bottom, and slowly trying to go under bit by bit, and more. She wouldn’t blow bubbles for more than a second – she would blow a little, then stop and come back up. So the traditional approaches just did not work.

I began to work with the Y to help her on their side. On of the most amazing things about the local YMCA was their “Ability” Special Needs program. The Coordinator instantly knew what to do. We first started with getting our youngest assigned to a special needs trained swim instructor (Previous instructors were an abject failure).

We also purchased a few things to see if they might help. The Y Ability Coordinator suggested trying a swim headband and maybe a tight long-sleeve swim shirt. We purchased Ear Bandit with putty buddies, but my SPDer couldn’t stand stuff IN her ears. We had to do quite a bit of trial and error.

Ear Band-Its were one of the many products we tried. After a while, we just used the swim cap and made sure the cap  covered her ears.

We also tried a swim cap which did work, but she didn’t like wearing it. We also purchased very nice goggles, and those worked well for her. 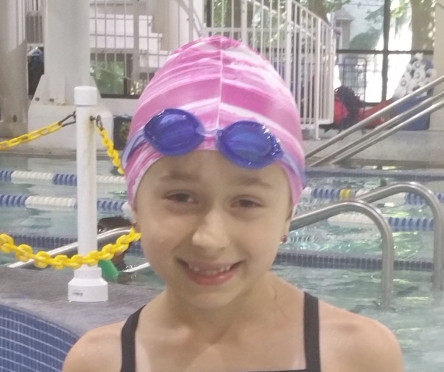 High Quality Goggles and Swim Cap are now our Go-To.

Other things that I noticed: the indoor heated pool was was a much better environment for her as she was extremely sensitive to cold. However, that room echoed very bad and was extremely loud, so we switched her lessons to a different day when it was less crowded and quieter.

What looks like “FUN” to other kids can be a literal HELL for an SPD kid.

Her group was intentionally kept small with no more than 5-6 kids, and an additional aide was added. The aide was there to shadow and assist my youngest, but publicly to any parents that asked, the aide was “in training,” so it wasn’t obvious in calling attention that my youngest was receiving specialized help. (That might not be a big deal to some parents, but I found to comforting that they were respecting my child’s feelings and her privacy.) After a few months, we also added in another weekly, private session.

This was WITHIN WEEKS of starting agressive therapy and making changes to her swim class.

Her group was intentionally kept small with no more than 5-6 kids, and an additional aide was added. The aide was there to shadow and assist my youngest, but publicly to any parents that asked, the aide was “in training,” so it wasn’t obvious in calling attention that my youngest was receiving specialized help. (That might not be a big deal to some parents, but I found to comforting that they were respecting my child’s feelings and her privacy.) After a few months, we also added in another weekly, private session.

We found that even a cheap “sun shirt” helped her deal with the splashing of the water while swimming.

I want to point out that the accommodations we implemented were not changing the rules or giving her special privileges or special treatment. Our youngest DOES have SPD, but she also has to learn to live within society. I did not ask them to change their level “promotion standards.” What we are trying to do is merely give her some tools that will help her cope and build her skills so she can promote fairly.

From talking to other parents of SPDers, I know I am not alone in this water struggle.

Here are a few articles that I found interesting and useful.

I just want to give you all some hope: six months after her diagnosis and starting therapy, our SPDer had “promoted” twice, was learning to jump off the diving platform, had bypassed her older sister in skill level, and told ME she no longer needed the aide in her class.

This fall, we did decide not to pursue the actual swim team (this also coincided with our move, so it would be different instructors) because of the amount amount of kids at swim team practice in an indoor facility, and the highly competitive (not in a good way) nature in our new town. I do plan to bring individual swim lessons back into the mix in the future.

And one year after beginning this journey – here is my SPDer, on the beach, being splashed by waves. AND LOVING IT.

This will  be an ongoing series chronicling our experiences with Sensory Processing Disorder. I am in NO WAY an expert! Please read and use at your own risk. 🙂

Description of a Worthy Woman

An excellent wife, who can find?
For her worth is far above jewels.
The heart of her husband trusts in her,
And he will have no lack of gain.
She does him good and not evil
All the days of her life.
She looks for wool and flax
And works with her hands in delight.
She is like merchant ships;
She brings her food from afar.
She rises also while it is still night
And gives food to her household
And portions to her maidens.
She considers a field and buys it;
From her earnings she plants a vineyard.
She girds herself with strength
And makes her arms strong.
She senses that her gain is good;
Her lamp does not go out at night.
She stretches out her hands to the distaff,
And her hands grasp the spindle.
She extends her hand to the poor,
And she stretches out her hands to the needy.
She is not afraid of the snow for her household,
For all her household are clothed with scarlet.
She makes coverings for herself;
Her clothing is fine linen and purple.
Her husband is known in the gates,
When he sits among the elders of the land.
She makes linen garments and sells them,
And supplies belts to the tradesmen.
Strength and dignity are her clothing,
And she smiles at the future.
She opens her mouth in wisdom,
And the teaching of kindness is on her tongue.
She looks well to the ways of her household,
And does not eat the bread of idleness.
Her children rise up and bless her;
Her husband also, and he praises her, saying:
"Many daughters have done nobly,
But you excel them all."
Charm is deceitful and beauty is vain,
But a woman who fears the LORD, she shall be praised.
Give her the product of her hands,
And let her works praise her in the gates. 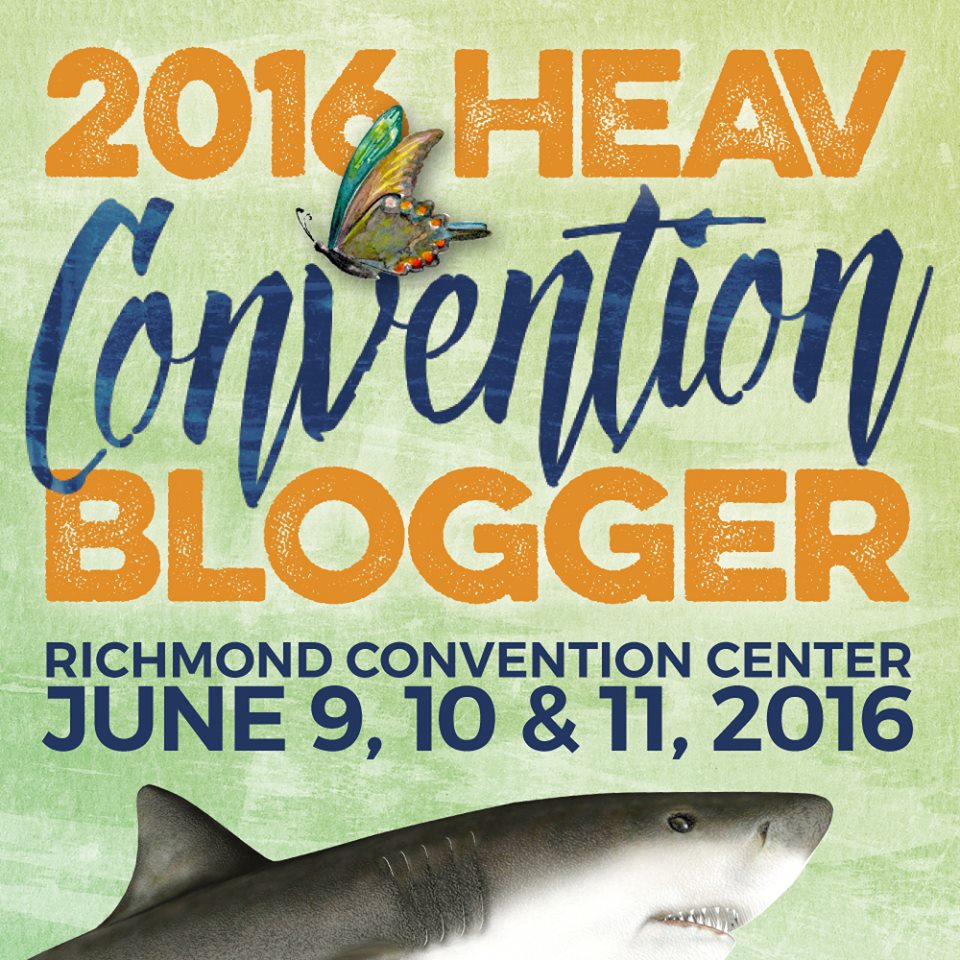